One of the best seabird regions in the Arctic, Spitsbergen is home to many beloved and rarely seen species

The spectacular bird species of Spitsbergen

​The huge bird cliffs along the Spitsbergen coasts are a major attraction. Spitsbergen is a breeding ground for large numbers of seabirds that feed in the food-rich Arctic waters. During the summer, the steep bird cliffs throng with thousands of seabirds.

Brunnich’s guillemots, black guillemots, northern fulmars, kittiwakes, little auks, and many other birds prefer the steep ledges in order to stay out of reach of predators, such as the Arctic fox. Arctic terns, ringed plovers, purple sandpipers, and four species of skua stay down on the tundra, where they depend on their camouflage or aggressive behavior for protection.

Spitsbergen is also home to ivory gulls, Sabine’s gulls, and Ross’s gulls. Although the first two are frequently spotted in the far north of Spitsbergen, Ross's gulls are rarely seen.

Oh, and a little more on Arctic terns

As mentioned, Spitsbergen is home to one of the world’s most beloved long-distance travelers, Arctic terns.

Arctic terns arrive in mid-May after migrating about 20,000 km (12,000 miles) from the Southern Ocean, spend about three months around Spitsbergen, and then return to their wintering grounds at the other side of the world. 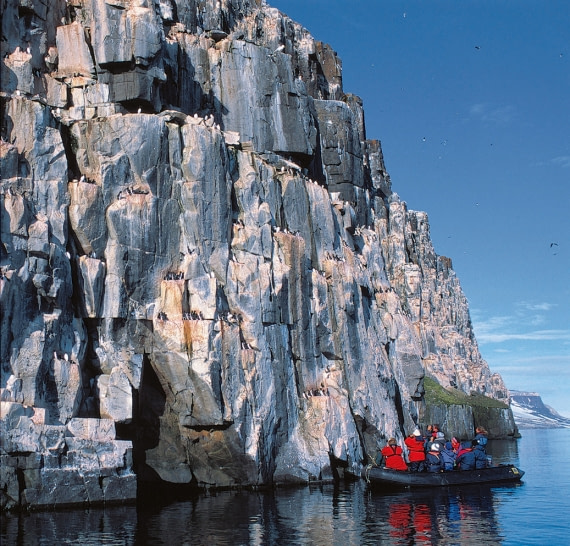 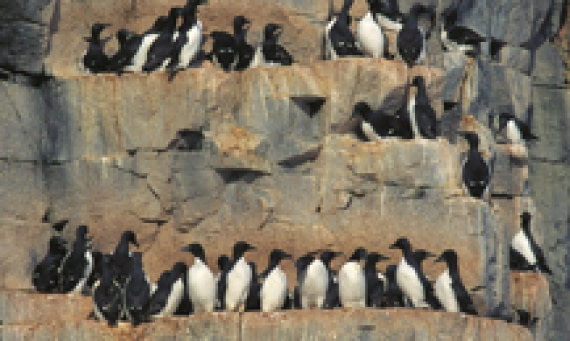 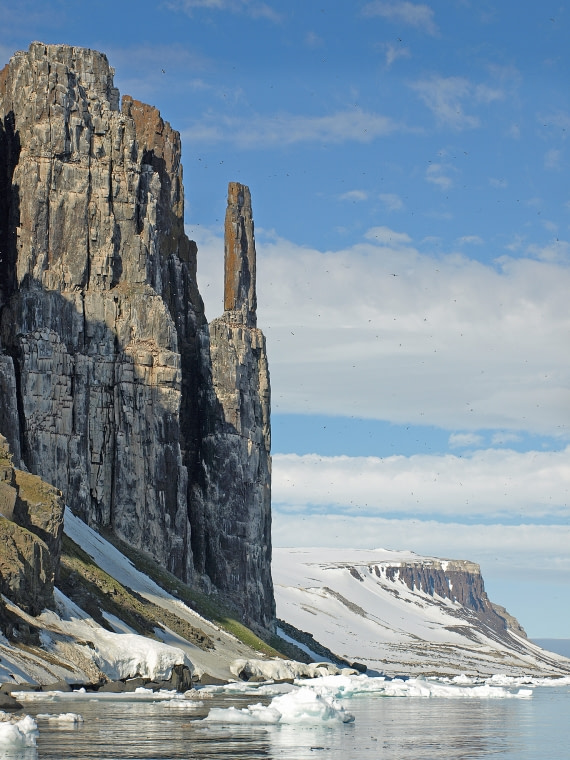