24 photos of trip
in the gallery »

Today we approach the Russian base Nagurskoye on the Franz Josef Land island of Alexandra Land. We can see the base from the ship, but we are not permitted to land there. After getting clearance from Russia, we will welcome on board four guides from the Russian Arctic National Park. Later in the day, we aim to make our first landing on the southern part of Arthur Island. We have a fair chance of spotting polar bears here and elsewhere in Franz Josef Land.

Today we land at Cape Tirol, located on the northeast coast of Wiener Neustadt Island in the Austrian Straight. This cape was named during the Austro-Hungarian North Pole Expedition of 1872-74, whose leader, Julius von Payer, climbed the cape. Later at Champ Island at Cape Trieste, we plan to make excursions among enormous spherical stone formations, after which we hope to circumnavigate Hall Island, a landmass largely covered by an ice dome. Later in the evening, we’ll sail by the eastern tip of Cape Frankfurt.

At the southern tip of Hall Island, we aim to land at Cape Tegethoff. This was the first piece of Franz Josef Land to be seen by explorers, specifically the Austro-Hungarian Expedition, who spotted the cape from their ship, Tegethoff, in 1873. The American Wellman Expedition of 1898-99 later stayed here, too, and the remains of their octagonal cabin can still be seen. Later in the day, we plan to sail through the narrow Negri Channel between Hall Island and McClintok Island, then sail by the coast of Alger Island, where the American Baldwin-Ziegler Expedition had its main camp in 1901-02. This beautiful area is surrounded by mountainous islands boasting impressive glacier fronts.

Day 10: Back to Nagurskoye and Spitsbergen

In the morning, we will return to Nagurskoye. Here our four guides from Franz Josef Land National Park will leave the ship, after which we’ll sail west to Spitsbergen.

In the northernmost area of the Svalbard archipelago lies an island group known as Sjuøyane, which translates to “Seven Islands.” Here we plan to land at the rugged island of Phippsøya, where you may be able to see more walruses. 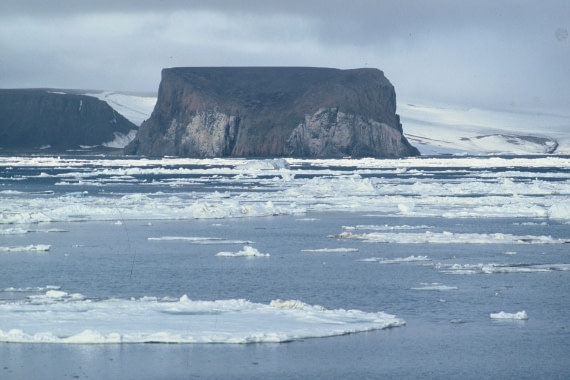 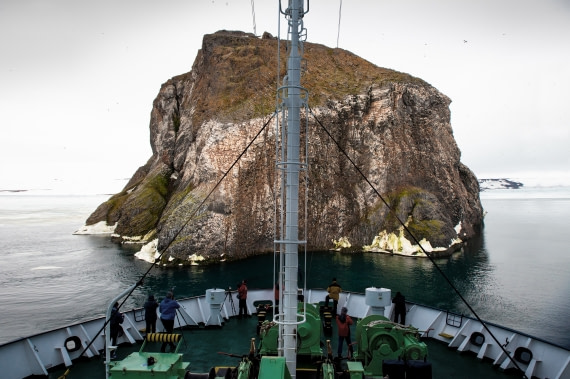