POR FAVOR TENGA EN CUENTA: All itineraries are for guidance only. Programs may vary depending on local ice and weather conditions and in order to take advantage of opportunities to see wildlife. The on-board expedition leader determines the final itinerary. Itineraries may mention places that require permission to land, which must be granted by the relevant national authorities. Such permission is not granted prior to the publishing of these itineraries. Flexibility is paramount for expedition cruises. Average cruising speed of m/v Janssonius is 10,5 knots.

Though you can see the total solar eclipse along a few key path locations around the globe, none of them offers as unique a “venue” as Antarctica. Combine that with everything else you’ll enjoy during this voyage and you end up with one truly exceptional adventure. Reserve your place on one of our ships soon and experience that adventure for yourself!

Over the next two days on the Drake Passage, you enjoy some of the same experiences encountered by the great polar explorers who first charted these regions: cool salt breezes, rolling seas, maybe even a fin whale spouting up sea spray.

After passing the Antarctic Convergence – Antarctica’s natural boundary, formed when north-flowing cold waters collide with warmer sub-Antarctic seas – you are in the circum-Antarctic upwelling zone.

This extended voyage gives you the chance to sail even farther down the icy coast of the western Antarctic Peninsula. In the Gerlache Strait are several opportunities for great landings where you might set foot on the Antarctic Continent, surrounded by an epic landscape of alpine peaks and mammoth glaciers calving at sea level. Gentoo penguins, leopard seals, Weddell seals, humpback whales, and minke whales are often seen here.

On Deception Island, the ship plunges through Neptune’s Bellows and into the flooded caldera. Here you can find hot springs, an abandoned whaling station, and thousands of cape petrels. A number of kelp gulls, brown skuas, south polar skuas, and Antarctic terns can be spotted here too.

If ice permits, you sail into the Weddell Sea. Here colossal tabular icebergs herald your arrival to the eastern side of the Antarctic Peninsula. You might visit Brown Bluff, located in the ice-clogged Antarctic Sound, where you could get the chance to set foot on the continent. Paulet Island, with its large population of Adélie penguins, is another possible stop.

Giant icebergs and a good chance of fin whale sightings enliven this segment of the voyage. Also, your best chance to spot Antarctic petrels is here. Depending on ice and weather conditions, the aim is to venture into the pack ice to find the best possible position for viewing the solar eclipse.

The ship positions itself in the center of the shadow of the moon, and if possible, some distance into the Scotia Sea drift ice. The ice edge will be about 60°S, 41°W.

There may be sea ice on this route, and at the edge of the ice some south polar skuas and snow petrels could join the other seabirds trailing the vessel north.

Over the next several days, you may visit the following sites:

Cooper Bay – A Zodiac cruise in Cooper Bay offers a great opportunity to see macaroni penguins below a large rookery. Numerous fur and elephant seals are found on the beach, while majestic light-mantled albatrosses can be seen gracefully gliding above.

On the way to South Georgia, you cross the Antarctic Convergence. The temperature gradually cools, and nutritious water rises to the surface of the sea due to colliding water columns. This phenomenon sometimes attracts a multitude of seabirds near the ship, including several species of albatross, shearwaters, petrels, prions, and skuas.

The capital of the Falklands and center of its culture, Port Stanley offers a little Victorian-era charm: colorful houses, well-tended gardens, and English-style pubs are all to be found here. You can also see several century-old clipper ships nearby, silent witnesses to the hardships of 19th century sailors. The small but interesting museum is also worth a visit, covering the early days of settlement up to the Falklands War. Approximately 2,100 people live in Port Stanley. Admission to the museum is included.

Day 19: The winged life of the westerlies 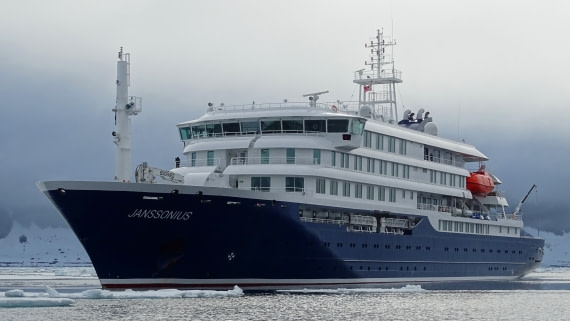 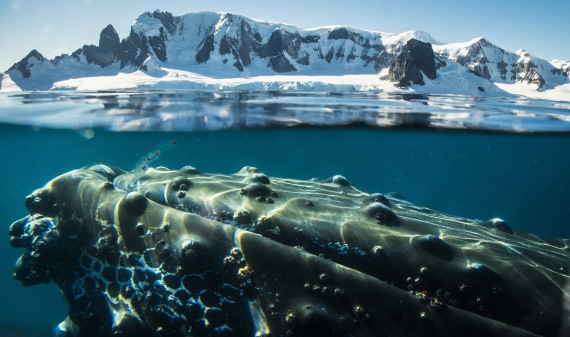