30 photos of trip
in the gallery »

PLEASE NOTE: All itineraries are for guidance only. Programs may vary depending on local ice and weather conditions and in order to take advantage of opportunities to see wildlife. The on-board expedition leader determines the final itinerary. Itineraries may mention places that require permission to land, which must be granted by the relevant national authorities. Such permission is not granted prior to the publishing of these itineraries. Flexibility is paramount for expedition cruises. Average cruising speed of m/v Ortelius is 10,5 knots.

This Polar Circle and Antarctic Peninsula cruise will take you further south of Antarctica, crossing the Polar Circe. This expedition cruise passes through waters travelled by Humpback, Minke and Fin whales. Anchoring in various spots around the region, the expedition offers the chance to hike, and dive in the iceberg-heavy waters.

Gray stone peaks sketched with snow, towers of broken blue-white ice, and dramatically different wildlife below and above. You first pass the snow-capped Melchior Islands and Schollaert Channel, sailing between Brabant and Anvers Islands.
The intended route for you Antarctic adventure includes:
Cuverville Island – A small precipitous island nestled between the mountains of the Antarctic Peninsula and Rongé Island, Cuverville houses a large colony of gentoo penguins and breeding pairs of brown skuas.
Neko Harbour – An epic landscape of mammoth glaciers and endless wind-carved snow, Neko Harbour offers opportunities for a Zodiac cruise and landing that afford the closest views of the surrounding alpine peaks.
Paradise Bay – You could take a Zodiac cruise in these sprawling, ice-flecked waters before sailing to the Lemaire Channel.

Along the way, you may enjoy the following visits:
Pourquoi Pas Island – You might circumnavigate this island, named after the ship of the famous French explorer Jean-Baptiste Charcot. This location is known for its tight fjords and lofty, glacier-crowded mountains.
Horseshoe Island – This is the location of the former British Base Y, a remnant of the 1950s that is now unmanned though still equipped with almost all the technology it had while in service.
Stonington Island – Home to the former US East Base and British Base E, which was occupied until 1975, this island marks the southernmost landing site of the trip – 68° south. If a landing here is possible, your road turns north again afterward, through the Gunnel Channel.
Hanusse Bay – Enjoy the scattered icebergs of this scenic bay, which offers a good chance of spotting whales.

You are near the Antarctic Circle again, cutting north through the countless ice floes of Crystal Sound. Humpback whale sightings are likely, and your approach to the Fish Islands offers the possibility of a Zodiac cruise or even a landing. Whatever the case, the views beyond comparison in this area. There may also be more Adélie penguins congregating among the bergs nearby. Petermann & Pléneau Islands provide a great variety of birdlife, along with possibilities for Zodiac cruises among icebergs that are highly popular among leopard and crabeater seals. Minke whales, humpbacks, and gentoo penguins can also be found here.
Conditions on the Drake Passage determine the exact time of departure. 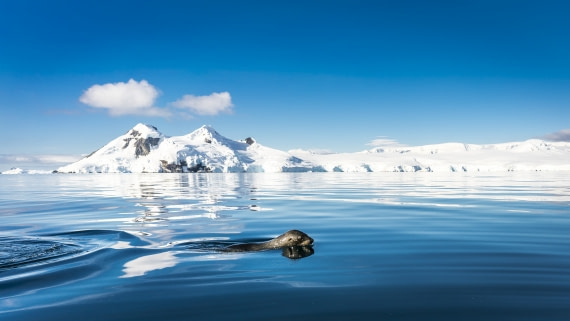 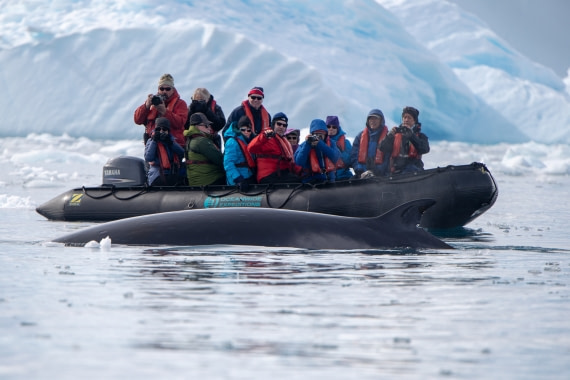 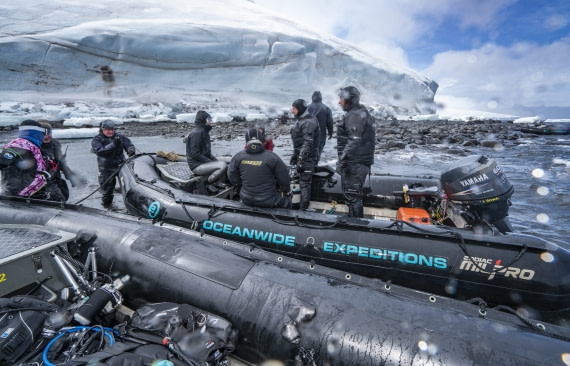